on a mission to embody grace and compassion in all relationships

Part I — Finding the Words

This is the first in a series of “One Christian Minister’s Response to Homosexuality.” 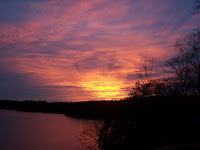 I haven’t always felt comfortable when talking with persons who are gay–homosexual, lesbian, or transgendered. It seemed like a foreign language to me. I am still learning. Early on though it was more than language, it was an emotional, visceral response to homosexuality. I was homophobic.

I grew up as a Southern Baptist preacher’s kid in Montgomery, AL and had never heard my father or mother address the topic of homosexuality. They lived a faith that was kind and tender-hearted, and always loved people first no matter what. I took that faith into my own heart.

But I was also a product of my culture regarding homosexuality.

When I was in seminary in my early twenties, 1977-80, my wife pointed out to me how uncomfortable I was when she talked about a classmate who was/is gay. The more I protested that “I WAS NOT UNCOMFORTABLE!” the intensity in my voice said otherwise. I protested too much! I protested because it wasn’t my experience to be attracted to a same gender partner. I couldn’t imagine it. But the more I listened to friends over the next few years, the more I learned to reverse pronouns in my mind as they talked so that I could compare their experiences to my own as an heterosexual. I began to hear their pain.

As a minister in a church, a close friend of mine who was also a minister, walked into my church office one day and asked, “Can I talk with you for a moment?” I said, “Sure, close the door behind you.”

He said, “I see you as a good friend and I want you to know something about me. I am gay, and I want to tell you about my struggle and journey.” It was the first time anyone had said those words to me directly. I had intuitively known friends from childhood through young adulthood who were gay, but we had never talked about it.

But this time, sitting in front of me was someone who was a good friend and one of the finest Christians I knew. I was not surprised by his words and told him so. But I admitted that I needed an education. I trusted this friend with my questions. “Have you always felt this way? Did you choose to be a homosexual?” He was patient and kind with me.

He told me about being aware he was “different” as a young boy. He pushed the feelings away and played the game. As he went through puberty, his internal attraction to other boys was stronger, as mine was for girls. When he told his parents, they sent him to several religious camps, programs, groups, and therapists to help him “change.” He prayed daily for years for God to heal him, to change him. God did not.

“Finally,” he said, “after years of pleading with God to change me I said to God, ‘I am either going to end my life or I am going to be the best Christian I can be as a person who is gay.’ I chose the latter.” I am glad he did.

I have learned that my friend’s journey is not uncommon. Just yesterday on March 3rd, 2009, an anonymous reader told a similar story on my blog:

The issue crystallized and reached a turning point for me when a passing motorist rescued one of our students, a 15 year old boy, “Jimmy”, dangling over the edge of Gold Star Bridge, the span across the Thames River in Connecticut between New London and Groton. This was about 10 years ago… (read more in “Comments” at the bottom of the page for March 3, 2009.)

Parents have come to me over the years and asked “What do we do?” when they discovered their child was gay.

I listened and encouraged them to love their child no matter what. To be kind and tender-hearted with them. How could that be possibly wrong?

My gay friends have been my teachers. They have taught me to be myself, nothing more nothing less. They have learned this lesson better than I. Sometimes I wish I could preach like one friend of mine or be as wise as another pastoral counselor I know. The have reminded me I just need to be Malcolm. They have also taught me to laugh more often, hug more frequently, and listen more intently. I cannot imagine my life without these friends in my life now. I am a better person as a result.

I have never heard a person say in 30 years of ministry, “I think I will be gay” as a choice. Or, “I think I’ll try being gay, or I think I’ll rebel against my parents and be gay.” Not one, ever. It has always been the way they have been for as long as they can remember. Some recognize it early in life, some later.

My prayer is that there will be more persons who will share with trusted friends about his or her sexual orientation. I plead with you to do so. I know it takes great courage. But we who are heterosexual need you desperately to tell your story to us. Otherwise this is a dry as dust, hypothetical, theological monologue.

And I also pray there will be more and more persons who will be willing to listen, learn, and be supportive of you.

This issue is ultimately about relationships, and it is through friendships and relationships that we will be changed around this issue. Amen.

Theme by Anders Noren — Up ↑